After a series of natural hazard disaster losses over the last decade, there is renewed impetus for disaster risk reduction initiatives to be higher on local and national agendas, and to see more science and evidence-based policy driving effective risk management.

This symposium aims to look at some of the key mechanisms for managing risk: how we can tackle gaps and barriers and build on our strengths, to create a safer, more resilient nation. The symposium will focus on participation, with the aim of using the collective expertise of the delegates to set out a plan to achieve what's missing in the short, medium, and long term. 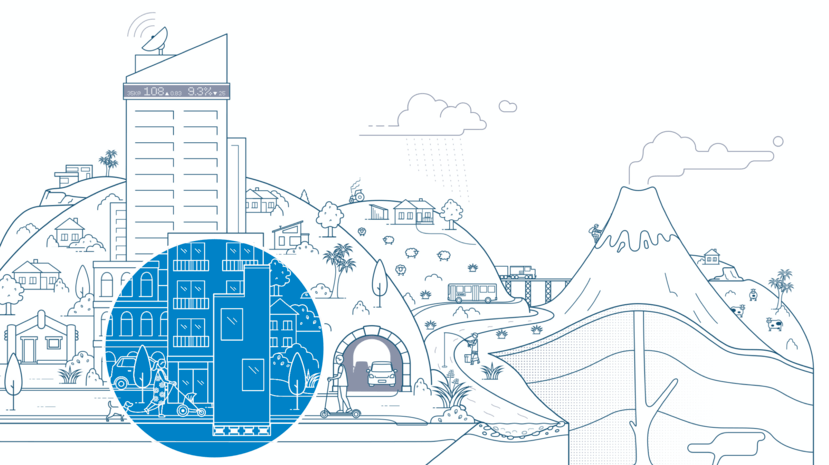 For those requiring accommodation, we have organised conference special rates close to Te Papa Tongarewa. Please contact the hotel directly to make a booking and mention you are attending the EQC conference to receive the special rate.

Ramada Wellington $165 for any room type over requested dates by emailing reception@ramadawellington.co.nz

If you are personally unable to attend, you can receive a refund through Eventbrite up to 7 days before the event. This refund will not include the Eventbrite processing fee. Within 7 days of the event, please contact resilience@eqc.govt.nz to advise that you are unable to attend. If there is a waitlist, we will aim to transfer your registration and provide you with a refund.

Helen continues to speak widely and be a strong voice on sustainable development, climate action, gender equality and women’s leadership, peace and justice, and action on non-communicable diseases and on HIV. She serves on a number of advisory boards and commissions, including in the capacity of Chair of the Advisory Board of UNESCO’s Global Education Monitoring Report.

Throughout her tenure as Prime Minister and as a Member of Parliament over 27 years, Helen Clark engaged widely in policy development and advocacy across the international affairs, economic, social, environmental, and cultural spheres. 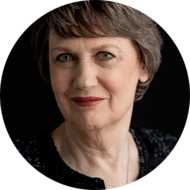 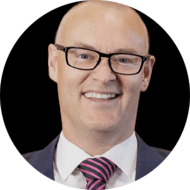 Hon Dr David Clark was first elected as the Labour Member of Parliament for Dunedin North in 2011. He came to Parliament via a circuitous route – having run a University of Otago residential college, worked as a Presbyterian Minister, and worked as a Treasury analyst.

David stood for Parliament because he was concerned about the growing gap between rich and poor, which he sees as limiting New Zealand’s social and economic potential. Inequality featured strongly in his maiden address to the House of Representatives in 2012. He believes we can, and must, achieve a fairer society where everyone has an opportunity to succeed. 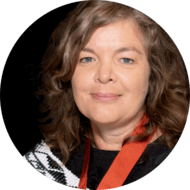 Juliet trained at Oxford University and moved to Aotearoa in 1993 where her career has included roles in both Crown Research Institutes and universities.

Juliet was appointment as the Prime Minister’s Chief Science Advisor, Kaitohutohu Mātanga Pūtaiao Matua ki te Pirimia in 2018. Since then she has supported the science and science advisor community to provide advice to the PM, ministers, and the public on a wide range of topics, including advice on the Christchurch mosque shootings, the response to the Whakaari White Island eruption, the Cannabis referendum and the Covid-19 pandemic.

One of the most recognisable and popular faces on New Zealand television, Hilary currently hosts the prime time TVNZ show, Seven Sharp.

Hilary has also worked extensively in New Zealand on both radio and television. In 2021, Hilary took up the role of host for The Hits 3pm Pick-Up show.

She was TV3’s 6pm network anchor for many years before moving to TVNZ where she now hosts Seven Sharp with Jeremy Wells. Hilary spent many years working in morning radio as well, both on Auckland’s More FM and Radio Live. 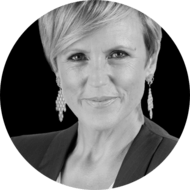 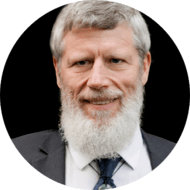 Dr Carr is currently the Chair of New Zealand’s Climate Change Commission, which was established by the government in December 2019.

Dr Carr has extensive experience in both public and private sector governance and leadership. He served as Chair and non-executive director of the Reserve Bank of New Zealand and served as Deputy Governor and for a time Acting Governor of the Bank.

Dr Carr was the founding Chair of the National Infrastructure Advisory Board and for over a decade was a non-executive director of the Canterbury Employers’ Chamber of Commerce. He led the University of Canterbury as Vice Chancellor for ten years, and holds a PhD in Insurance and Risk Management, an MA in Applied Economics and Managerial Science, an MBA in Money and Finance and honours degrees in law and economics. 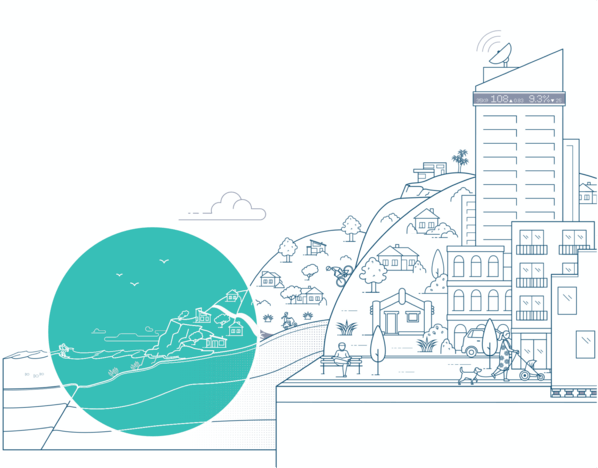 Draft session outlines are available below – we will be confirming speakers over the coming weeks.

In the last ten years, we have learned many lessons about the state of our built environment, often painfully so. How then can we best put those lessons to use as we look to the next ten years, and beyond? The aim of this session is to share lessons learned on building performance, identify key gaps and issues, and discuss immediate and longer-term regulatory processes and opportunities to remedy them. We will examine the balance between regulation and voluntary standards, and chart the way ahead to improved resilience of the built environment.

Inadequate building performance in natural hazard events in NZ over the last decade has resulted in billions of dollars in direct losses. Low Damage Design is a new design philosophy aiming to mitigate these consequences in the future. However, with potentially conflicting pressures, including low-carbon design, it faces an unclear path to widespread adoption. The aim of this session is to share the innovations and advances that have taken place in the field of Low Damage Design; to build understanding of its principles, and discuss ways to encourage uptake.

The benefits and importance of community participation in hazard risk management decision-making are well established, including through the Sendai Framework for Disaster Risk Reduction. There are many approaches to engagement, but are these empowering communities to take action? The aim of this session is to discuss the challenges in engaging communities in these difficult discussions. It looks at successful examples, and discusses next steps to improving practice.

We know that reducing risk and building resilience before an event happens reduces impacts and losses, and improves recovery. Experience tells us this, academic literature tells us this, and cost-benefit analyses tells us this. So why is it so difficult to get people, organisations, and governments to take action? This session examines a range of incentive types and looks at what is needed to spur more action in our individual and collective efforts to manage risks. 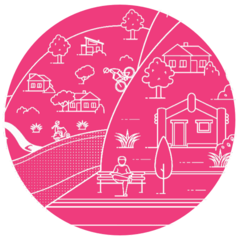 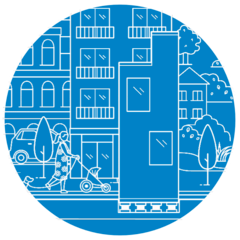 Current planning tools lack consistency, guidance, and balance between climate change and natural hazards. Developments are going ahead without appropriate consideration of natural hazard risks. The RMA reforms provide a generational opportunity to realise the potential for planning to become a key risk reduction tool. The aim of this session is to discuss the challenges and opportunities of risk-informed land use planning, and to explore what planning outcomes and provisions are required in any new planning framework.

The effective financial management of disaster risk is a key challenge for central and local governments around the world, particularly those faced with significant exposure to natural hazard risk and/or limited capacity to manage the financial impacts of disasters or cost of risk reduction. Compounding these issues is the uncertainty provided by climate change, and what that will mean for how risk reduction will be funded.

Session 8: Is Insurance the Answer?

We are one of the most vulnerable countries in the world to the impact of natural hazards for an economy of our size, and we know climate change will exacerbate our risk in the future. High levels of insurance benefits society by sharing the risk and reducing the cost, individuals, businesses, local and central government would otherwise have to meet. But insurance isn’t the answer to everything. When natural hazards strike they can take a heavy social toll; lives can be lost, homes destroyed, sanitation and communications systems damaged, businesses bankrupted and jobs lost. The economic and social benefits for investment in risk reduction and resilience makes sense, but generating buy-in before an event happens is often difficult. So what is the right balance? 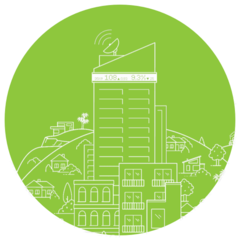 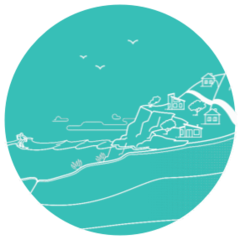